According to a study by Deep Instinct, more than 45% of workers from cybersecurity companies leave the technology sector like flies. In addition, the report titled Voice of SecOps made an effort to examine stress levels.

Thousands of executives and other leading cybersecurity professions are dropping out, or planning to do so in the very near future, due to the significant amount of stress associated with their jobs.

Statistics from the study show that more than 45% of workers have quit, and 46% of them know someone else who has left the industry in the past year, with stress being the main determining factor of their decision.

One of the main reasons for this unprecedented stress is the persistent threat of ransomware. But other common causes are the high expectations of analysts, who must always be available to answer various concerns or questions related to their work.

All of these findings highlighted the many common approaches to security, such as generating common alerts or using a multitude of monitoring solutions that may not be very durable.

Also, the most common reasons are related to the fact that many leading organizations are not well suited to deal with the increase in malicious ransomware. And in general, this only adds to the woes and worries of many people in the work environment.

In the end, we witness resignations in large numbers, the security teams being unable to do anything but give up and leave. 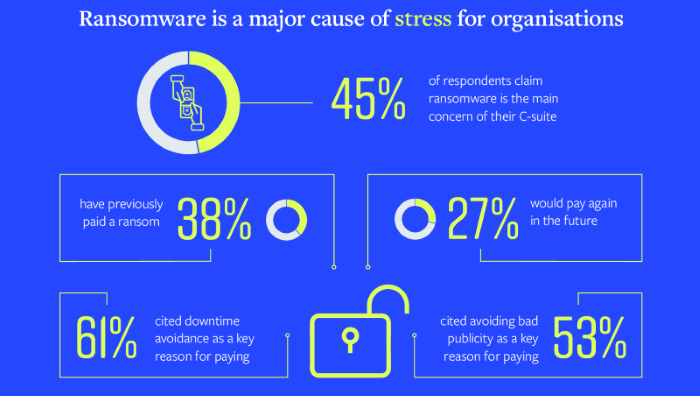 The study cannot emphasize enough how stress plays a negative role in the digital world and how difficult it is for some cybersecurity professionals to work constantly in fear or constant pressure to control such situations.

The impact is not only disastrous, but warrants immediate attention. The same goes for the various players in the security sector, who once again find themselves at the extreme end of the spectrum. These people end up either being forced to pay a ransom or running the risk of not listening to the demands made of them.

And if they give in and pay the ransom, they risk trusting an intruder who can decode the stolen data and use it for illegal purposes.

Remember that it is very rare, if not impossible, to see hackers or attackers honor their own terms and respect the payments they receive.

On average, according to the study, 38% of cybersecurity professionals admit to having paid a ransom at some point in their life. Meanwhile, around 46% said their data had been exposed by other attackers, while 44% said they simply couldn’t get their data back on track.

Let’s also not forget the added pressure that comes with cybersecurity officers having to take responsibility if things don’t go as planned when negotiating or remediating with hackers. 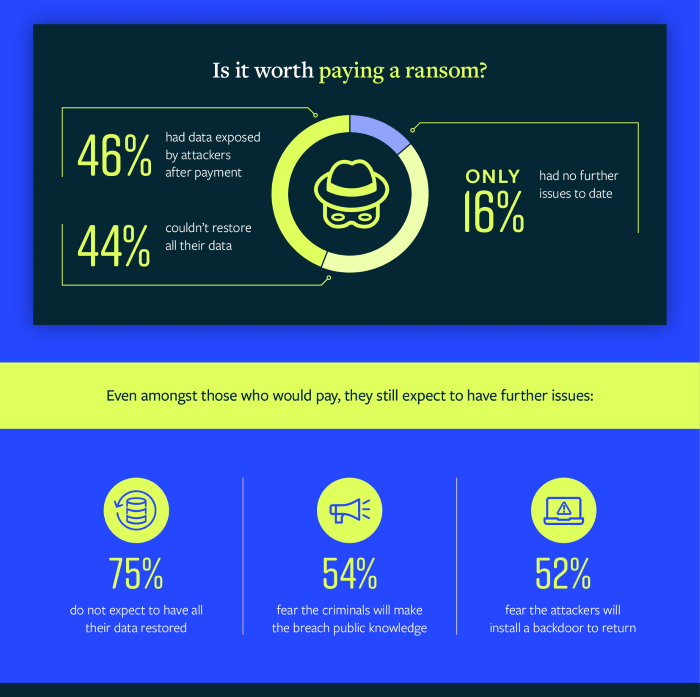 Today’s world depends on results and when specific goals are not met, the pressure of that failure can really weigh on security experts. After all, they are human and some attacks take them by surprise too.

There’s the pressure to work at least 18 hours a day, and then there’s a time when you may end up clicking on a link that’s considered malicious or a threat to others. If that’s not what we call difficult and stressful working conditions, we don’t really know what is.

So what is the solution since we are all well aware of the threat? the answer is quite simple and consists in preventing the appearance of such threats.

Yes, it’s easier said than done, but analysts need to proactively manage the various attacks that come their way, and identifying vulnerable targets early is a good idea.

Next, companies should take the time to train their employees in security best practices. Finally, companies need to invest in better technologies that reduce threats and false positive incidents. Only then can we see the situation improve. 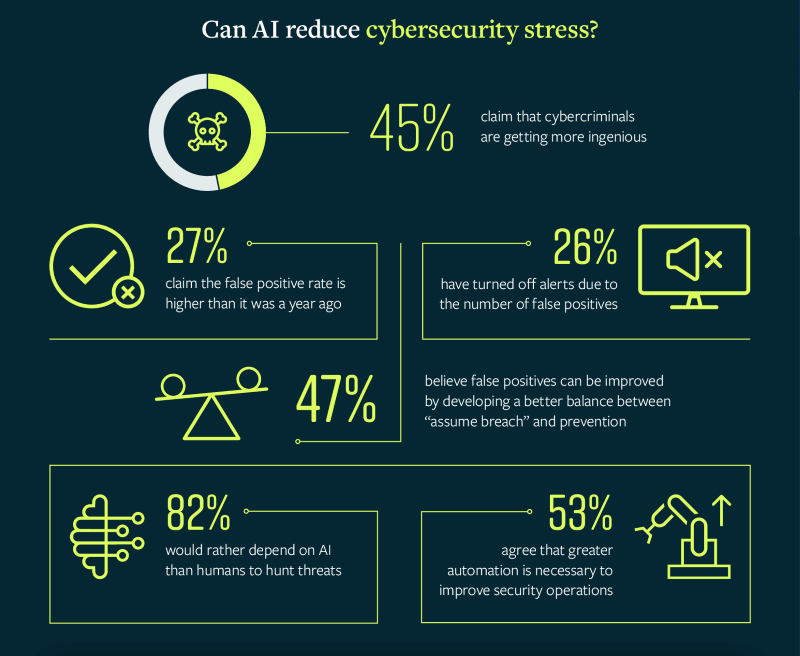 Do you find this report relevant?

What about within your company?

Ex-Google HR director says hybrid working won’t last, he thinks it will have negative effects on employee morale and productivity

Manage Cookie Consent
To provide the best experiences, we use technologies like cookies to store and/or access device information. Consenting to these technologies will allow us to process data such as browsing behavior or unique IDs on this site. Not consenting or withdrawing consent, may adversely affect certain features and functions.
Manage options Manage services Manage vendors Read more about these purposes
View preferences
{title} {title} {title}